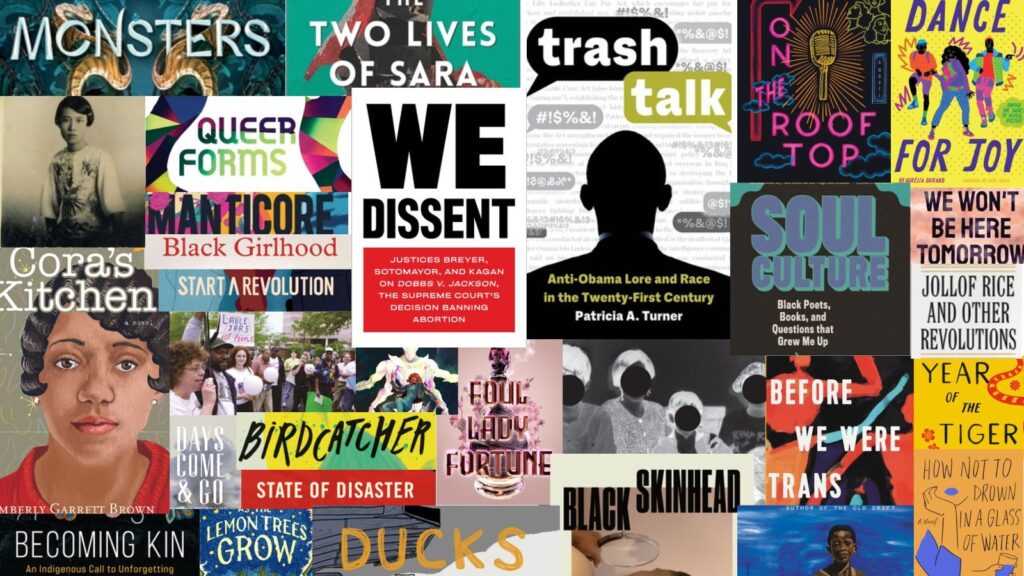 Each month, I provide Ms. readers with a list of new books being published by writers from historically excluded groups.

The aims of these lists are threefold:

Greetings to readers, new and old! (Well, not old old … you know what I mean.)

You may or may not have noticed that I’ve been trying a couple of new things with these monthly lists. First, I am trying to make them shorter. And I am here to tell you that IT. IS. HARD. There are so many extraordinary books coming out each month but I am now committed to capping each list at 30. That seems like a lot for a list that publishes monthly but I assure you it is just skimming the surface.

Making it even more difficult is that I have been inclined to sprinkle in a couple of books by men here and there … “Men?!” you say. Yes, even cishet ones. Let go of your pearls; we all need to practice tolerance and inclusion and widen our perspectives every now and then. We’ll see how it goes.

But I encourage you to get out there and explore your fave indie bookstores for new titles that aren’t included here. And then tell me about them! And your friends.

Here’s to all the great writers out there toiling away to make us think, learn, feel and fly … and to the 30 on this list.

For the first time in English, Henley Boum’s award-winning saga of a Cameroonian mother and daughters contending with tradition and modernity speaks to patriarchy, family legacy and human connection.

The Interpreter’s Daughter: A Family Memoir

Teresa Lim never knew her great aunt Fanny, whose face she’d seen in a photo but whose story was never told. Lim made it her mission to investigate Fanny and in so doing, has written this powerful story of family, feminists, tragedy and truth.

Monsters Born and Made

This adventurous debut fantasy explores themes of class, privilege, power and the lengths one girl will go to for her family’s survival. All with a healthy dose of sea monsters.

On the Rooftop: A Novel

The extraordinary Margaret Wilkerson Sexton is back with this latest family drama set in 1950s San Francisco in which a mother’s dreams collide with her daughters’ ambitions.

With Queer Forms, Ramzi Fawaz has examined gender and sexual formlessness illustrated by queer and feminist film, literature and visual culture. This “shapeshifting” allows for greater evolution, authenticity and intimacy for all.

Read the rest of the list at Ms. Magazine…