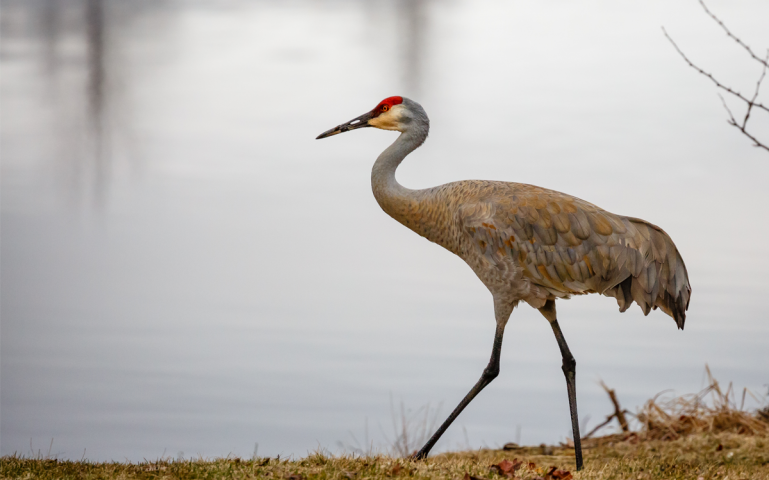 After decimating the state’s wolves, conservatives are targeting the iconic birds

Last February Wisconsin’s Republican legislators made national headlines when they approved a hunt that led to the demise of nearly 20 percent of the state’s wolf population. Now those same legislators have set their sights on another vulnerable species: the sandhill crane.

In October, state senate republicans introduced SB-620, which would require Wisconsin’s Department of Natural Resources (DNR) to establish a Sandhill Crane hunting season. If passed, the bill could spell disaster for the Eastern Population of Greater Sandhill Cranes.

Sandhill Cranes are an ancient species with fossil records dating back at least 2.5 million years. In the 18th and 19thcenturies, overhunting and habitat destruction nearly caused the Eastern Population of Greater Sandhill Cranes to become extinct. In the 1930s, Wisconsin was down to an estimated 15 breeding pairs; the birds had already disappeared from five other states: Illinois, Iowa, South Dakota, Ohio, and Indiana. Through concerted conservation efforts, the population has slowly increased over the last 70 years. In 2020, the US Fish and Wildlife Service estimated that Eastern Population Sandhill Cranes number nearly 95,000, with nearly half of the population to be found in Wisconsin.

Proponents of the hunt claim that there are now too many birds and that the hunt should be part of an overall management strategy. Senator Mary Felzkowski, who sponsored SB-620, argues that because the Wisconsin Sandhill Crane population is no longer endangered, “it’s time now to manage that resource, just as we do with all our other waterfowl and birds.”