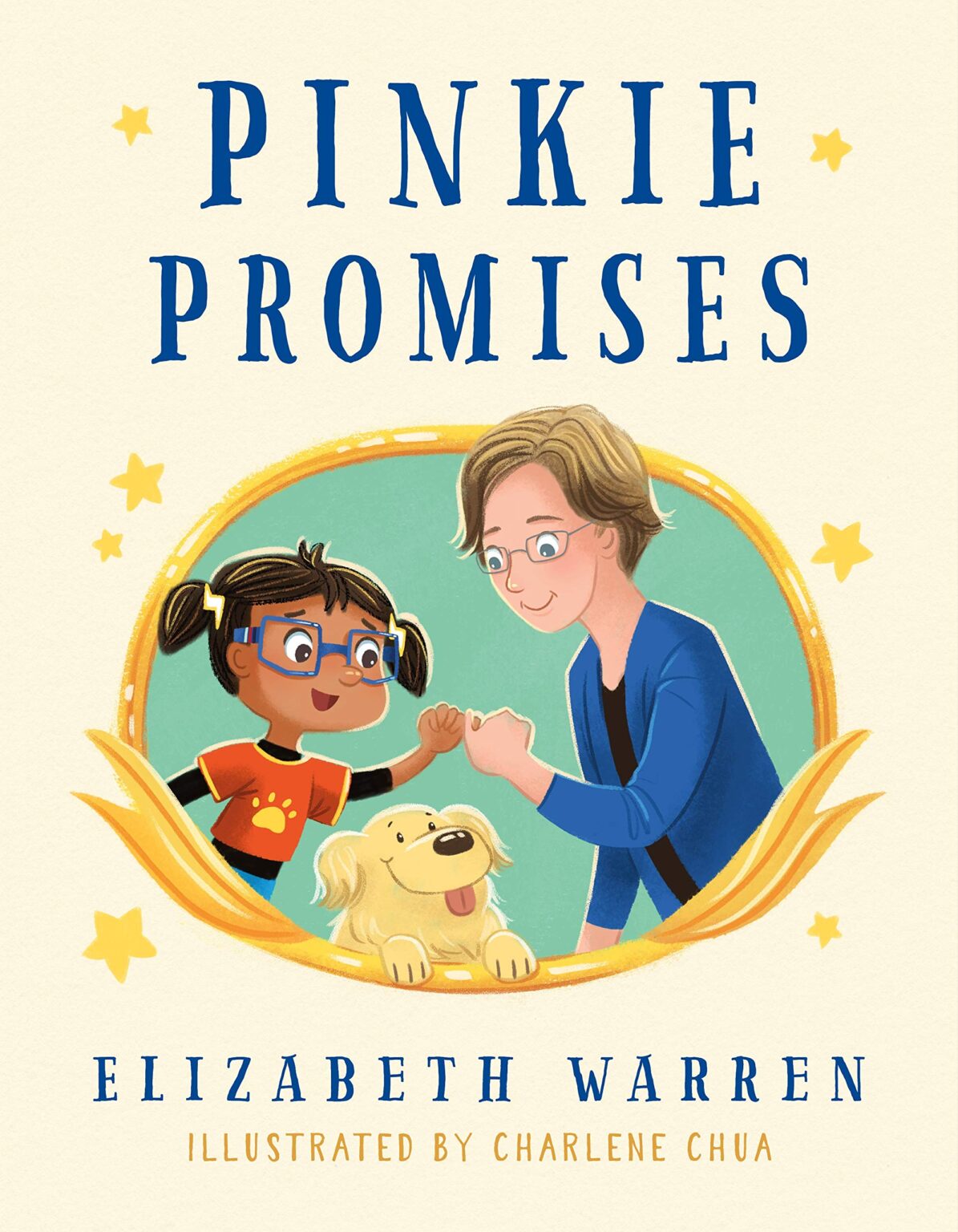 In an interview with Ms., Sen. Elizabeth Warren talks her new children’s book, the importance of connecting with youth and the future of feminism.

Many of us felt demoralized when Sen. Elizabeth Warren (D-Mass.) withdrew from the 2020 presidential race. But she carried on—and so did we—as she wrote about in her book, Persist, released this past May.

This month, she has her first children’s book coming out. Entitled Pinkie Promises, the book centers persistent Polly as she explores what girls can do and pinkie promises Senator Warren to try her best at whatever she does.

“The pinkie promises I’ve made with thousands of girls will stay with me always,” Warren said in the press release for the book. “Those promises are a reminder of our strength, and I hope this book will encourage even the youngest readers to dream big—because that’s what girls do.”

Recently, Ms. was able to speak with Warren about the book, her feminism and her plans to help women achieve equality.

Karla J. Strand: Senator, thanks so much for speaking with me today about your first children’s book, Pinkie Promises. I was able to attend the talk you gave about the book at the inaugural Publishers Weekly U.S. Book Fair and I’ve read the book and it’s adorable.

Warren: She just knocked my socks off.

I will tell you something about the illustrator, Charlene Chua. You know, the big difference for me was not so much about writing a book for adults or a book for children. I always, before I write a book, get my audience firmly in mind. And for this one, my audience was clearly the children that I had met, the little girls that I had met over the last couple of years.

I knew what the story would be. I knew exactly how I wanted to lay it out, what Polly would do and what the theme of it was. But I hadn’t thought about illustrations. I think about words, not about the pictures. And so the publisher said to me, “You need to pick an illustrator.” And so they started sending me children’s books, both electronically and hard copy. And the reason I fell in love with this illustrator is because of how she draws little girls. Her little girls are smart and curious. They get their feelings hurt but they’re tough. They bounce back. It’s all there in their faces. And I feel so blessed to have had such a terrific partner in putting together Pinkie Promises. It’s her little girls; that’s what does it. All the rest [of the characters] are terrific — like the uncle at the beginning who I think is hysterical — but it’s the little girl, and Charlene knows how to draw little girls.

EW: Because kids are the future. This book is written for our youngest feminists. To give them a place where they belong in literature. I wrote this book for every little girl I met on the campaign trail who was excited to meet a woman running for president and who whipped out her little finger for a pinkie promise.

I want them all, the little girls, the big girls, their brothers, their mamas and their daddies to remember how important it is to try, to throw yourself into everything. [The book is] about a little girl who’s told what she can’t do, and who makes a pinkie promise to try.

And that’s what the book is all about. It’s that she gets up in front of everyone and kicks the soccer ball; not whether or not the ball goes in, but that she got up and made the kick because that’s what girls do. And that’s how we measure it: it’s the standing strong, it’s the throwing ourselves into the fight, it’s the fun of it all!

Strand: And representation is vital. Seeing Vice President Harris and seeing Polly in the book as a young girl of color, I think is really important as well. So, I hope it’ll speak to a lot of different girls.

Warren: I hope so too.

Warren: I’ve been a big fan of Girls, Inc. from long before I got involved in politics. This is an organization that does the work on the ground every day to open up opportunities for girls. They’re very active here in Massachusetts and in many parts of the country. So I was glad to have another opportunity to support them.

I try to visit Girls, Inc. when we’re in different towns in Massachusetts and I’ve spoken at their gala dinners, back when we did gala dinners. But mostly because I really love the places that Girls, Inc. builds for girls. They’re places of strength and opportunity.