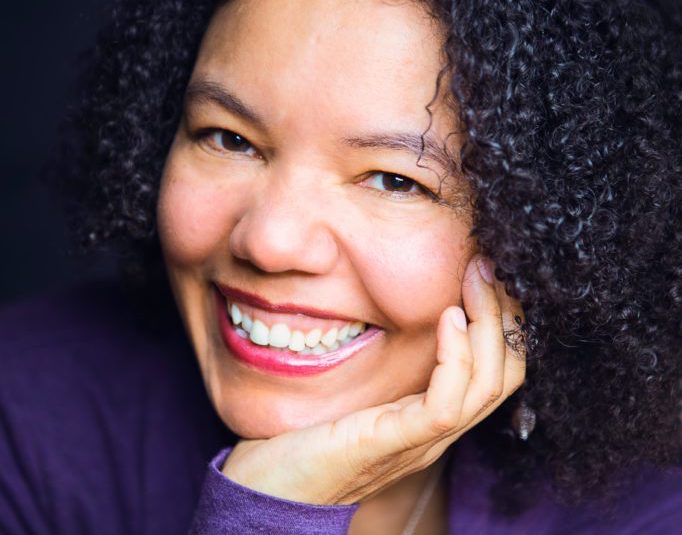 Melanie S. Hatter’s latest book, Malawi’s Sisters, tells the powerful story of an African American family dealing with racial violence that threatens to tear them apart. Chosen by Edwidge Danticat to win the inaugural Kimbilio National Fiction Prize, the book explores the complex relationships of the Walker sisters—Ghana, Malawi and Kenya. After Malawi is killed by a white man, the sisters and their parents struggle to make sense of the tragedy and make peace among themselves.

Hatter was born in Scotland and received her master’s from the writing program at Johns Hopkins University. Her debut novel, The Color of My Soul, won the 2011 Washington Writers’ Publishing House Fiction Prize.

She spoke to Ms. about writing race, listening to her characters and how she handles criticism.

I read that Malawi’s Sisters was inspired by the shooting death of Renisha McBride. How did her murder, and the killings of other Black women and people of color, prompt you to write the book—and how did it impact your writing process and character development?

MSH: [The Renisha McBride] shooting happened a year after Trayvon Martin, so I think the country as a whole was still reeling from that; I certainly was and I have a son who is just a little bit older than Trayvon Martin would be if he was still alive. And so when Trayvon was shot, it really affected me because I could see my son in that kind of situation. He would wear his hoodie and he was a tall, skinny kid and it really was terrifying.

When I heard about the Renisha McBride story… that could have been me as a young woman. It just felt very personal in some way—even though I’ve never been to Michigan, I don’t know the family in any way, there’s no real connection. But it just made me think that simply because of the color of her skin, she’s now dead and that could be me, that could be my family, that could be my son. That this white man felt justified in shooting someone who came to his door. That instead of calling the police or even just shouting through the door—“What do you need? What do you want?”—he felt that it was totally okay for him to open the door and shoot.

I just found that to be horrifying, and so it stuck with me. She was 19, and I just kept thinking about this young woman who thought she was going to get help. And then the thought of her family! What is her family going through? How does a family deal with this kind of sudden horrible loss?

Several years prior, I had started writing a story about these two sisters, Ghana and Kenya, and I really struggled to find their story. I knew one was in a troubled marriage and I knew the other was having challenging dating experiences, but for some reason, I couldn’t quite find the story. So after Renisha, [who] was on my mind for weeks afterwards, Ghana and Kenya’s voices came to me. It was almost like they were saying, “Okay, this is our story. We had a sister and this is similar to what happened to us.” That’s really how I started: [I sat] down and listened to them. I know that sounds a little weird but as writers we’re listening to our characters and ultimately they told me their story.

I purposely set it in D.C., because I wanted to bring in that sense of the nation’s capital. There is this affluent Black community in D.C. and I wanted to explore that a bit more. While Renisha was in Michigan—Michigan is a stand your ground state—I moved [Malawi from D.C.] to Florida both as a kind of nod to Trayvon but also because I felt she would go to Florida rather than anywhere else and it needed to be a stand your ground state.

It’s interesting that you bring up affluence—because I think, a lot of times, we have these stereotypical notions about who the victims [of these crimes are] and what their socioeconomic status may be or what the may have done up to that point. Even the narratives that surround Renisha and other victims. There’s this blaming the victim that happens.

Absolutely. I wanted to explore that—because being Black in America, it doesn’t, in many instances, matter whether you’re rich or poor. In certain situations, someone looks at you and all they see is skin color and all of their personal bias or judgment comes into play and sometimes it’s [only] after that they’ll say, “Oh, well this person’s okay because they’re well to do or they’re this or they’re that.” As in this situation, the guy opens the door and sees a person of color, they don’t know whether she’s rich or poor. They don’t know anything, but the skin color is enough of a threat that they’re just going to react to that.

And to some extent, I feel like the Walker family could be representative of the Black community. I wanted to look at a family where you have this horrific event, this huge loss. But you have real people with real emotions, real feelings. The siblings [in the book] didn’t always get along and so how do you deal with having a sibling that is annoying to you for most of your life and that you didn’t really bond with, and then they get taken in such a tragic way… how do you then deal with those emotions? I wanted that contrast between Kenya, who has this very distant relationship with Malawi, and Ghana, who had a very close relationship [with Malawi], and look at how these women deal with their emotions around how they felt about this person. So [I was] just exploring emotions and those socioeconomic angles where this well-to-do family in a well-to-do neighborhood, where we feel, at least from Kenya’s perspective, we do all the right things and we’re kind of above all the nastiness of the world. But the reality is you’re not, you’re not above it. You’re right in the middle of it, in all of its shades. And I just wanted to explore how this plays out for this kind of family.

How much did you think about how to portray the Black Lives Matter movement? While BLM is not a central focus, it is almost an additional character in a way.

I wasn’t trying to write about the movement. I wasn’t trying to be a voice for the movement. With this kind of a shooting, and this kind of a story, you cannot not include it, because it’s part of the framework of society that we’re in right now. So every time there’s this kind of shooting, the Black Lives Matter movement is there, it is a presence. And as I was writing the story and exploring the characters, it just became so obvious that Ghana would be the one to embrace this movement. I couldn’t have ignored it because it is so ingrained in these kinds of horrible tragic scenarios.