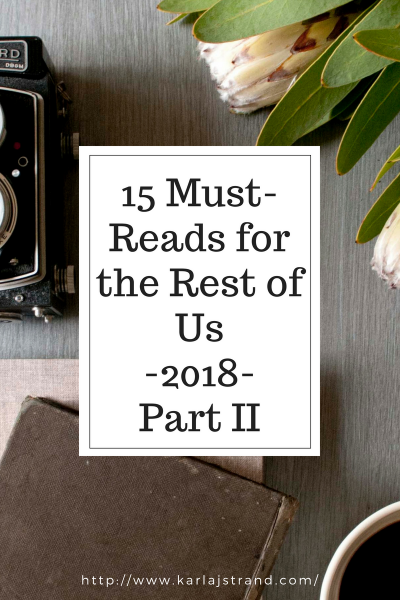 Is it the middle of JULY already?? It’s hard to believe, but here we are.

On Part I, I stuck to fiction but on Part II, I had to make a few exceptions. There are some exciting new nonfiction titles coming out by the end of the year, to be sure.

I can’t include everything I am interested in on this list so, as usual, I prioritize debut books written by women, authors of color, Black women, queer and gender noncomforming authors, authors from the Global South, and other authors of historically marginalized populations. They are listed below by the month in which they will be released.

You’ll see some books left off of this list that you might think should be on it. It doesn’t mean I don’t want to or won’t read them, it just means that they are often written by white women and/or have gotten a lot of attention on other outlets and I wanted to focus on ones you may not have heard about yet by historically underrepresented populations. Think: Unsheltered by Barbara Kingsolver, Open Me by Lisa Locascio, The Third Hotel by Laura Van Den Berg, Transcription by Kate Atkinson, and others. One could include Michelle Obama’s memoir in this but I don’t care, I cannot wait to read it and so added it to this list!

Which of the following will you read?

Before She Sleeps by Bina Shah (@BinaShah)

Check out Bina Shah’s website, https://thefeministani.com/, which is full of amazing writing on Pakistan, feminism, and more.

You can read my review here!

Assata Taught Me: State Violence, Mass Incarceration, and the Movement for Black Lives by Donna Murch

“Black Panther and Cuban exile, Assata Shakur, has inspired multiple generations of radical protest, including our contemporary Black Lives Matter movement. Drawing its title from one of America’s foremost revolutionaries this collection of thought-provoking essays by award-winning Panther scholar Donna Murch explores how social protest is challenging our current system of state violence and mass incarceration.

Assata Taught Me offers a fresh and much-needed historical perspective on the fifty years since the founding of the Black Panther Party, in which the world’s largest police state has emerged.”–Description

“A biting indictment of late-stage capitalism and a chilling vision of what comes after . . . [Ma] knows her craft, and it shows. [Her protagonist] is a wonderful mix of vulnerability, wry humor, and steely strength…. Ma also offers lovely meditations on memory and the immigrant experience. Smart, funny, humane, and superbly well-written.”–Kirkus, starred review

“I can imagine no more perfect example of the dedicated scholar/activist than Barbara Ransby. She now offers us an analysis of the Movement for Black Lives, and its historical continuities and ruptures, that reflects both her considerable skills as a historian and her rich experience as an activist. This book passionately urges us to adapt the radical and feminist versions of democracy that will move us forward.”–Angela Y. Davis, Distinguished Professor Emerita, History of Consciousness and Feminist Studies, University of California, Santa Cruz

“Charlene Carruthers is a powerful organizer, radical thinker, paradigm-shifter, and one of the most influential political voices of her generation. Anyone seriously interested in the struggle for Black liberation in this country needs to listen carefully to what she has to say.”–Barbara Ransby, author of Ella Baker and the Black Freedom Movement and Making All Black Lives Matter

She Would Be King: A Novel by Wayétu Moore (@Wayetu)

“In this vibrant story of the African diaspora, Moore, a talented storyteller and a daring writer, illuminates with radiant and exacting prose the tumultuous roots of a country inextricably bound to the United States. She Would Be King is a novel of profound depth set against a vast canvas and a transcendent debut from a major new author.”–Description

“This stirring and intimate collection brings together 25 captivating narratives to paint a vivid portrait of what it means to be a queer Nigerian woman. Covering an array of experiences – the joy and excitement of first love, the agony of lost love and betrayal, the sometimes-fraught relationship between sexuality and spirituality, addiction and suicide, childhood games and laughter – She Called Me Woman sheds light on how Nigerian queer women, despite their differences, attempt to build a life together in a climate of fear.”–Description

“Washington Black is nothing short of a masterpiece. Esi Edugyan has a rare talent for turning over little known stones of history and giving her reader a new lens on the world, a new way of understanding subject matter we arrogantly think we know everything about. This book is an epic adventure and a heartfelt tale about love and morality and their many contradictions. I loved it.”–Attica Locke, author of Bluebird, Bluebird

A Rebel in Gaza: Behind the Lines of the Arab Spring, One Woman’s Story by Asmaa al-Ghoul and Selim Nassib with Mike Mitchell (Translator)

“Asmaa al-Ghoul is a Palestinian journalist who grew up in the Rafah refugee camp in Gaza. Her book offers a rare view of a young woman coming into her own political and secular beliefs amidst the region’s relentless violence and under Israeli occupation…A Rebel in Gaza is Asmaa’s story as told to Franco-Lebanese writer Selim Nassib over the course of the “Arab Spring” through meetings, phone calls, Skype, and even texts during the siege of Gaza in 2014…”

Ghoul was given the prestigious Courage in Journalism Award by the International Women’s Media Foundation and is described by The New York Times as a woman ‘known for her defiant stance against the violations of civil rights in Gaza.'”–Description

My review of this title is forthcoming!

“An inspiring collection of essays by black women writers, curated by the founder of the popular book club Well-Read Black Girl, on the importance of recognizing ourselves in literature. Contributors include Jesmyn Ward (Sing, Unburied, Sing), Lynn Nottage (Sweat), Jacqueline Woodson (Another Brooklyn), Gabourey Sidibe (This Is Just My Face), Morgan Jerkins (This Will Be My Undoing), Tayari Jones (An American Marriage), Rebecca Walker (Black, White and Jewish), and Barbara Smith (Home Girls: A Black Feminist Anthology).”–Description

“In her memoir, a work of deep reflection and mesmerizing storytelling, Michelle Obama invites readers into her world, chronicling the experiences that have shaped her—from her childhood on the South Side of Chicago to her years as an executive balancing the demands of motherhood and work, to her time spent at the world’s most famous address. With unerring honesty and lively wit, she describes her triumphs and her disappointments, both public and private, telling her full story as she has lived it—in her own words and on her own terms. Warm, wise, and revelatory, Becoming is the deeply personal reckoning of a woman of soul and substance who has steadily defied expectations—and whose story inspires us to do the same.”–Description

All the Lives We Never Lived: A Novel by Anuradha Roy

“[Roy] is a writer of great subtlety and intelligence, who understands that emotional power comes from the steady accretion of detail….[All the Lives We Never Lived] does not directly refer to #MeToo or the macho hyper-nationalism of today’s India. But in its portrayal of power structures, it is part of those very contemporary political conversations. It is also a beautifully written and compelling story of how families fall apart and of what remains in the aftermath.”–Kamila Shamsie, The Guardian

The Houseguest: And Other Stories by Amparo Dávila with Matthew Gleeson (Translator) and Audrey Harris (Translator)

“Filled with nightmarish imagery (“Sometimes I saw hundreds of small eyes fastened to the dripping windowpanes”) and creeping dread, Dávila’s stories plunge into the nature of fear, proving its force no matter if its origin is physical or psychological, real or imagined.”–Publishers Weekly

“The work of Amparo Dávila is unique in Mexican literature. There is no one like her, no one with that introspection and complexity.”–Elena Poniatowska

My Sister, the Serial Killer: A Novel by Oyinkan Braithwaite

“Who is more dangerous? A femme fatale murderess or the quiet, plain woman who cleans up her messes? In My Sister, the Serial Killer, Oyinkan Braithwaite answers that question with an original and compelling debut. I never knew what was going to happen, but found myself pulling for both sisters, as I relished the creepiness and humor of this modern noir.”–Helen Ellis, New York Times bestselling author of American Housewife

“A novel about glamour, surveillance, and corruption in contemporary Cuba, from an internationally bestselling author–who has never before been translated into English.”–Description

My review of this title is forthcoming!

What is on your reading list for the rest of the year? Which books are you most excited about?