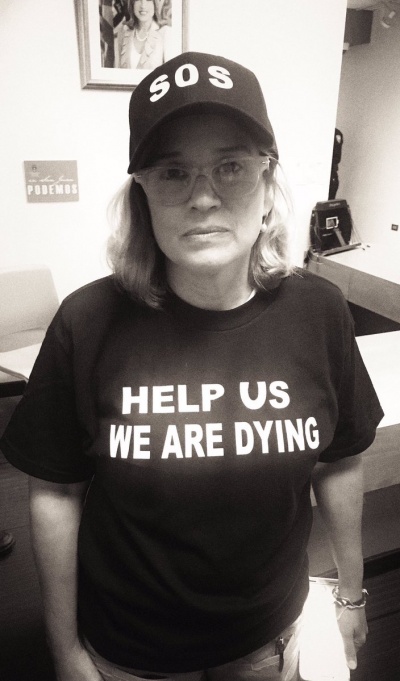 6 Organizations Helping Women In Puerto Rico That You Can Feel Good Supporting by Hillary E. Crawford for Bustle

How To Help Puerto Rico by Robert Becker for Our Revolution

Where Are The Pussy Hats for Puerto Rico? Jessica N. Pabón-Colón on Feminist Answering Machine for Feminist Frequency

Calls for a Women’s Strike in Puerto Rico: We Strike to Build Another Life by Vanesa Contreras for La Respuesta

Hurricane Maria hit women in Puerto Rico the hardest. And they’re the ones building it back by Justine Calma for Grist

“These Disasters Aren’t Natural Anymore”: A Dispatch from Puerto Rico After Maria by Kate Aronoff for In These Times

Fierce And Feminine: Mayor Carmen Yulín Cruz Models Leadership For Women The World Over by Margie Warrell for Forbes

The Mayor of San Juan, Puerto Rico Called Out Trump With a “NASTY” Shirt by Rebecca Nelson for Cosmopolitan

San Juan mayor: ‘I am begging, begging anyone who can hear us to save us from dying’ by Julia Manchester for The Hill

San Juan mayor tears into Trump DHS chief: ‘This is not a good news story’ by Avery Anapol for The Hill

San Juan mayor wears ‘help us, we are dying’ shirt for TV interview by Brandon Carter for The Hill

Life, Interrupted: The Invisible Scars Hurricane Maria Has Left On The Women Of Puerto Rico by Andrea González-Ramírez for Refinery29

‘Why don’t they help us? They’re killing us’: Puerto Rico after the storm by Rossalyn Warren for The Guardian