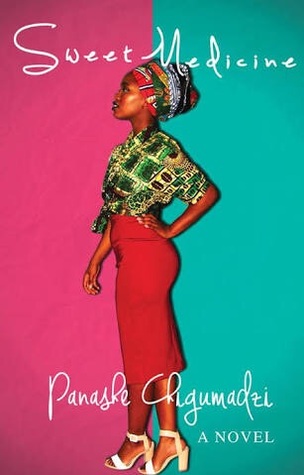 I’ve been traveling to South Africa regularly since 2009, mostly to conduct research supporting my doctorate in Information Science, which I received from the University of Pretoria (South Africa) in 2016. As a result, I’ve grown a real appreciation for literature from this amazing and diverse country.

This list will provide you with names of Black women authors from South Africa.

Panashe Chigumadzi – Chigumadzi was born in Zimbabwe but raised in South Africa. Her debut novel, Sweet Medicine, was released to great critical acclaim in 2015.

Ellen Kuzwayo – A women’s rights activist and politician, Kuzwayo wrote her autobiography,  Call Me Woman, in 1985.

Kopano Matlwa Mabaso – Matlwa emerged onto the writing scene at just 21 with her debut novel, Coconut, followed by Spilt Milk.

Sindiwe Magona – Heralded as a literary legend, Magona focuses on the hardships women experience in South Africa every day such as poverty, motherhood, and patriarchy. Her books include To My Children’s Children, Mother to Mother, and Living, Loving and Lying Awake at Night.

Lasego Malepe – Malepe published her first novel, Matters of Life and Death, in 2005. Her second book, Reclaiming Home, is the diary of her travels across South Africa in 2004.

Lebo Mashile – Mashile is one of the most renowned poets in South Africa.

Gcina Mhlophe – Mhlophe is a poet, playwright, activist, and actor. She’s written numerous children’s and other books, including Love Child and Have You Seen Zandile?

Lauretta Ngcobo – Best known for her novel And They Didn’t Die, published in 1990, Ngcobo wrote about patriarchy and women’s oppression in South Africa.

Miriam Tlali – In 1975, Tlali was the first Black woman to publish a novel in South Africa. This book, Muriel at Metropolitan, and her second book, Amandla, were both banned by the apartheid government. Muriel at Metropolitan was later republished globally under the title, Between Two Worlds.

Zukiswa Wanner – Wanner has written several non-fiction books, as well as children’s books and novels. She has contributed articles to various journals. Her books include Refilwe, an African retelling of Rapunzel.